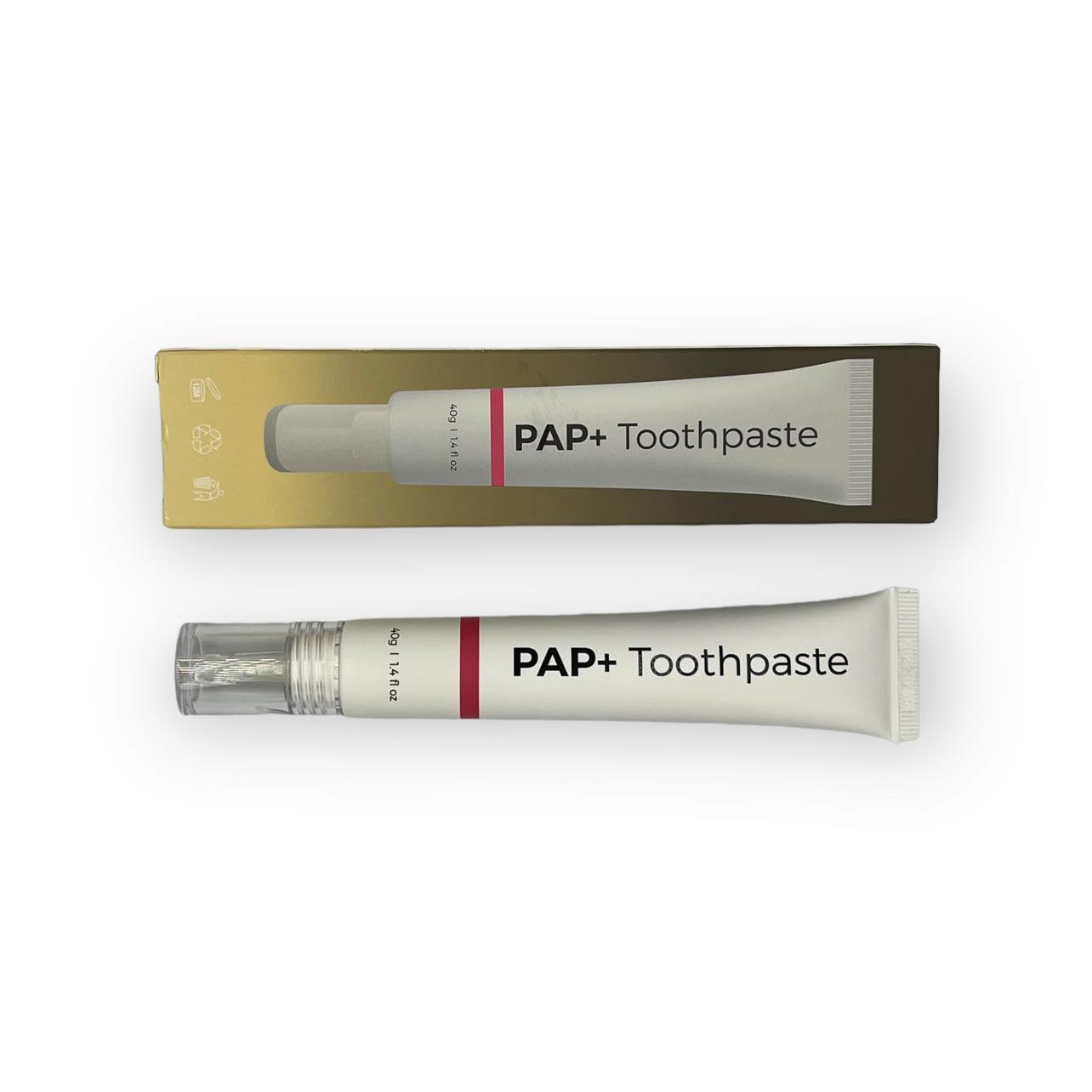 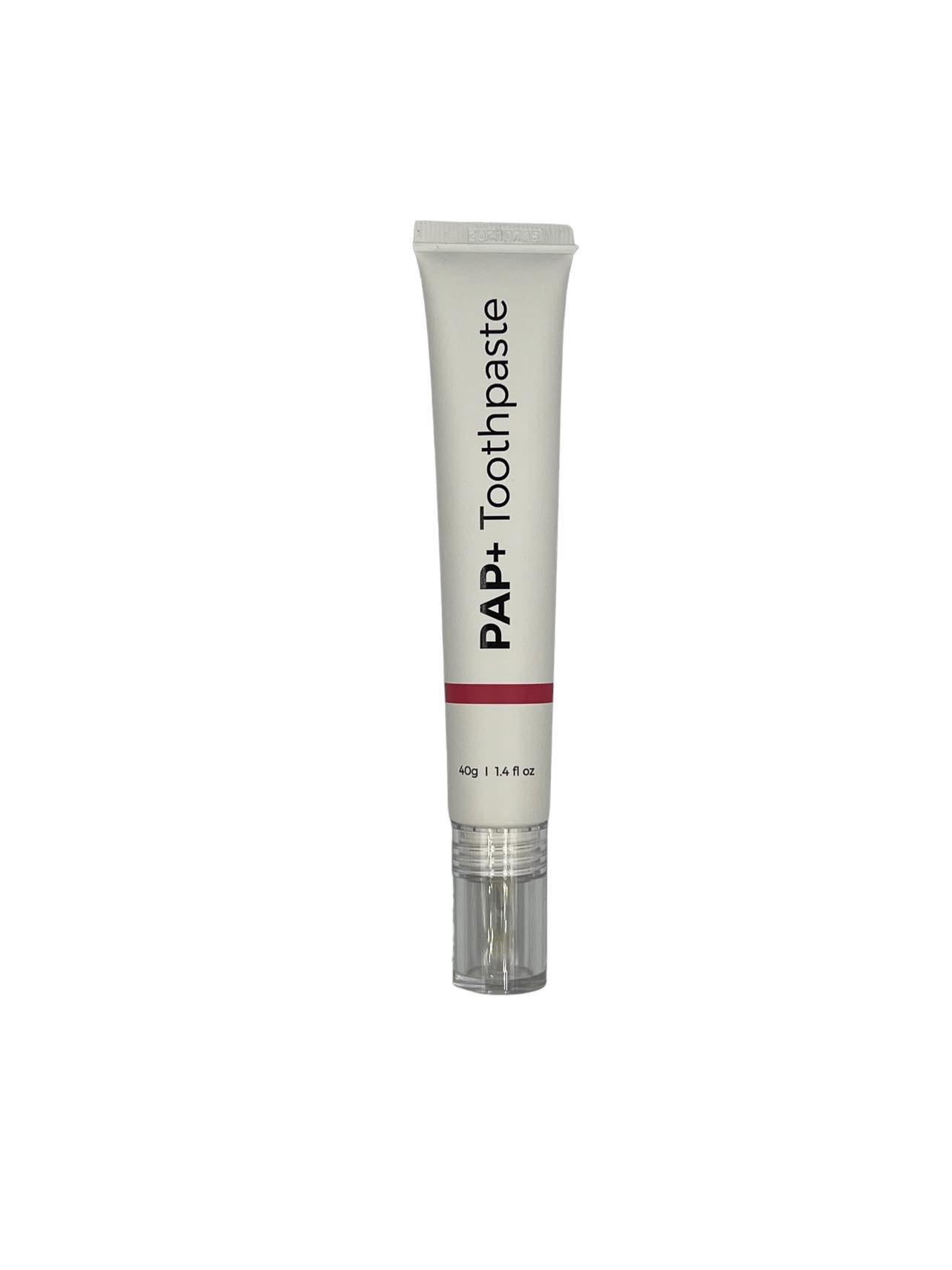 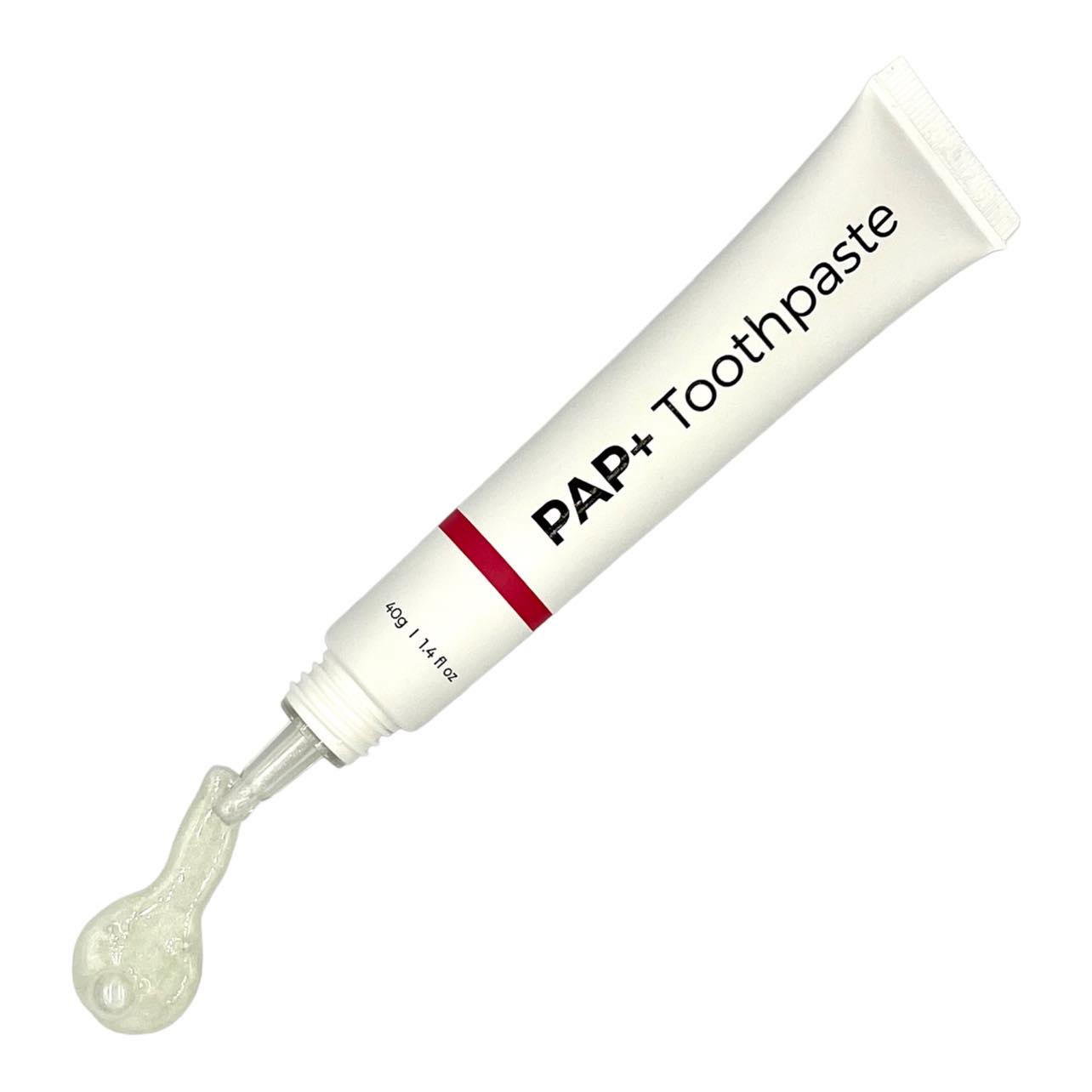 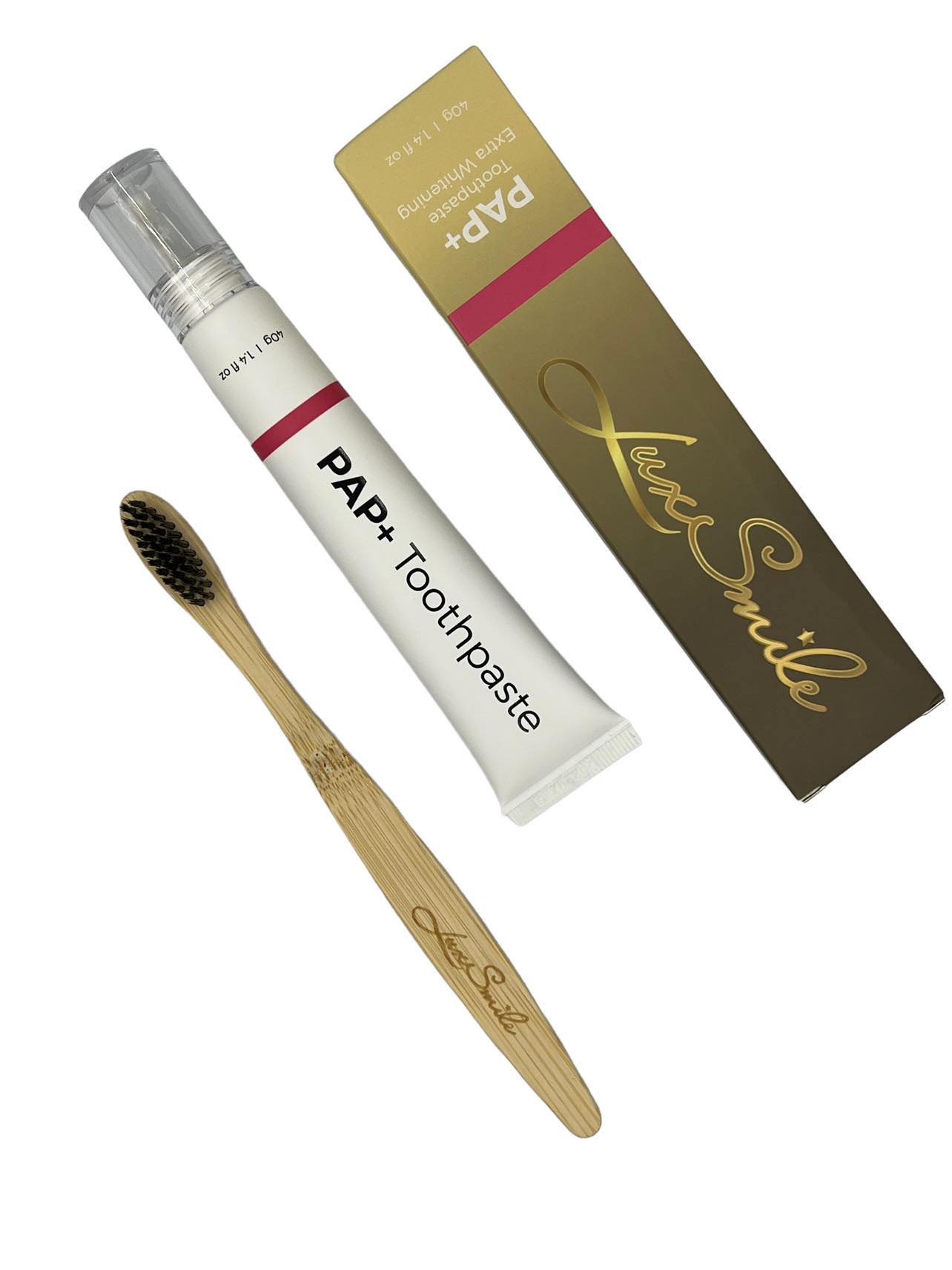 
The PAP+ formula is named after our hero ingredient,
Phthalimidoperoxycaproicacid (PAP). We’ve spent years
perfecting the optimal formulation process that maximises
the benefits of PAP.

We’ve also added several other supporting ingredients
that work to improve the health of your teeth, including
Hydroxyapatite and Potassium Citrate.


As a bleaching agent, peroxide has an aggressive
whitening mechanism called free radical oxidisation,
that comes with some side effects.

These side effects can include sensitivity, irritated gums,
and the loss of important minerals from your teeth.
In-chair treatments administered by the dentist limit these
reactions, but at-home treatments are more risky.

Our formula includes Phthalimidoperoxycaproicacid (PAP)
as the primary whitening ingredient. PAP is a safer alternative
to peroxide, that doesn’t release free radicals. This means
there is zero impact on gums or enamel.

There are no reviews yet.

Looking for a daily dose of white smile?

The PAP+ Toothpaste is the best place to start for
everyday whitening, or ongoing results maintenance.